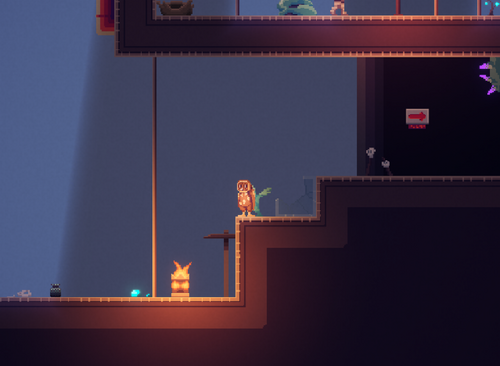 It’s been 1 month since the launch of The Arcade Tower ! Honestly, that’s incredible, and we didn’t think people would play and love it 😄 So big thanks for those played the game, you’re all amazing !

But that’s not it ! We listened to your feedback (through itch, twitter, or directly from the menu) and we released an update to correct all the little errors of youth of The Arcade Tower; with a lot of bug fixes, performance improvements, better macOS compatibility, and, AND, the Hirsken, a little and cute owl that will follow you on some levels ! He might have things to give you if you catch him, who knows ?

Anyway, thanks again and see you soon on itch, or on our Twitter @ungamedstudios!